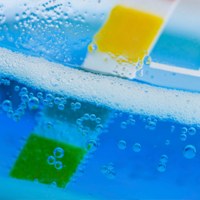 When Should I Test My Water?

Several factors will influence when and how often you test your water. Where do get your water from? Has that source changed? Have you done any plumbing changes lately? Is there reason to believe that your water is contaminated? Is there a sickness or illness in your family affecting more than one person and over a longer than normal time period?

If you receive your water from a "Public Supply", ie, a municipal supply, or a supply that provides water to more than 25 persons for 60 days per year (some states are different -- check with YOUR local water department), you can be fairly certain that the water supply is checked on a regular basis. The frequency of the testing is based on the number of people served, and may vary from more than once per week to once per month, or even less. Under these conditions, test when you move into a new residence to acquire a "base line" of contaminant level, if any. Retest every three years, unless you have reason to believe that something has changed that could affect the quality of your water.

If you have a private well, you are the only person who is responsible for the water your family drinks and bathes in. I recommend testing by your local Health Department every six months for Bacteria and Nitrate. These two tests serve as indicators for other types of contaminations -- that is not to say forget the other tests; just that if you get a "bad" test from them, you should also retest for the other types of contaminants as well. Private wells should be tested on a regular basis for Pesticides, Herbicides, Metals, Organic and Inorganic chemicals and volatiles. Currently, no laws govern the frequency of such testing -- that is why I say YOU are the only person responsible for your family's water. I recommend an initial test (for a base line), and then at least once per year. Remember, one day after testing and finding "no contaminants", your source could become contaminated.

What Could I Test For?

Coliform bacteria are a group of microorganisms that are normally found in the intestinal tract of humans and other warm blooded animals, and in surface water. The presence of these organisms in drinking water suggest contamination from a surface or shallow subsurface source such as cesspool leakage, barnyard runoff or other source. The presence of these bacteria indicate that disease-causing (pathogenic) organisms may enter the drinking water supply in the same manner if preventive action is not taken. Drinking water should be free of coliforms.

Cysts and viruses are microbiological contaminants, usually found in surface water supplies. Giardia lamblia cysts can cause giardiasis, a gastrointestinal disease. Another "bug" getting a lot of attention lately, is cryptosporidium, single-cell parasite measuring about 2 - 5 microns in diameter. Many surface water supplies contain this pest, which also comes from the intestine of warm blooded animals.

Nitrate in drinking water supplies may reduce the oxygen carrying capacity of the blood (cyanosis) if ingested in sufficient amounts by infants under 6 months of age. This could cause a disease called "methemoglobinemia", or "blue baby" syndrome. The EPA has established a maximum contaminant level (MCL) for nitrate at 10 mg/l (ppm) measured as N. Unlike coliform or other types of bacteria, boiling the water will actually INCREASE the amount of nitrate remaining in the water, increasing the danger to infants. If you have high nitrate water, either treat it with an approved treatment metholodgy or find another source: Boiling will only make it worse!

Lead is now known to leach from older sweat joints in copper pipe. As the water sits in the pipes, small amounts of lead 'dissolve' into the water, contaminating it. Lead is particularly harmful to small children as they more rapidly absorb the toxic substance into their systems. The EPA has estimated that more than 40 million U.S. residents use water that contains more than the recommended levels.

An Easy Way to Test

National Testing Laboratories, Inc. in Ypsilanti has a five bottle testing kit, which is supplied by many water quality professionals across the nation. You simply follow the directions in the kit and return the sample to the lab. They test your sample and then report to you. Your test results will be a two page report showing contaminant level, a cover letter explaining the test results and what you should do.